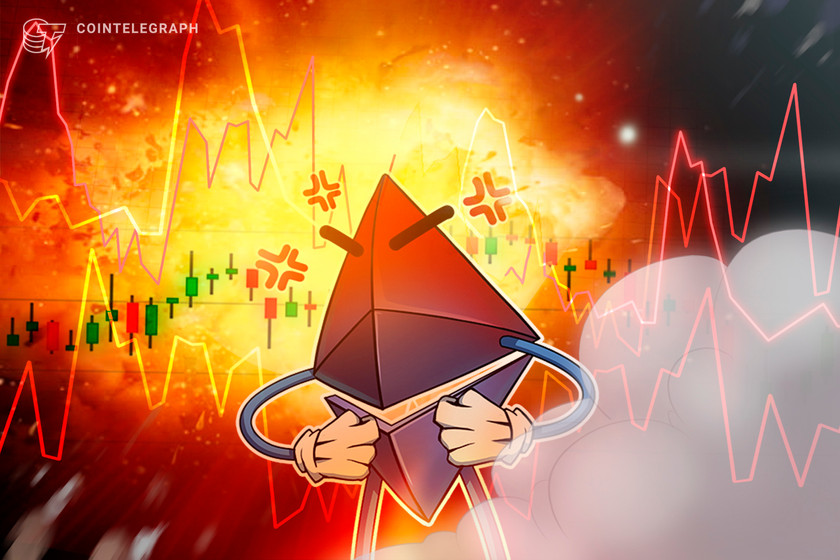 Ethereum’s native token Ether (ETH) slumped on June 16, suggesting that its relief rally coinciding with the Federal Reserve announcing it will hike the benchmark rate by 0.75%, is at risk.

The ETH/USD pair’s upside move, followed by a sharp correction, appeared in tandem with U.S. stocks, confirming that it traded like a risk-asset. 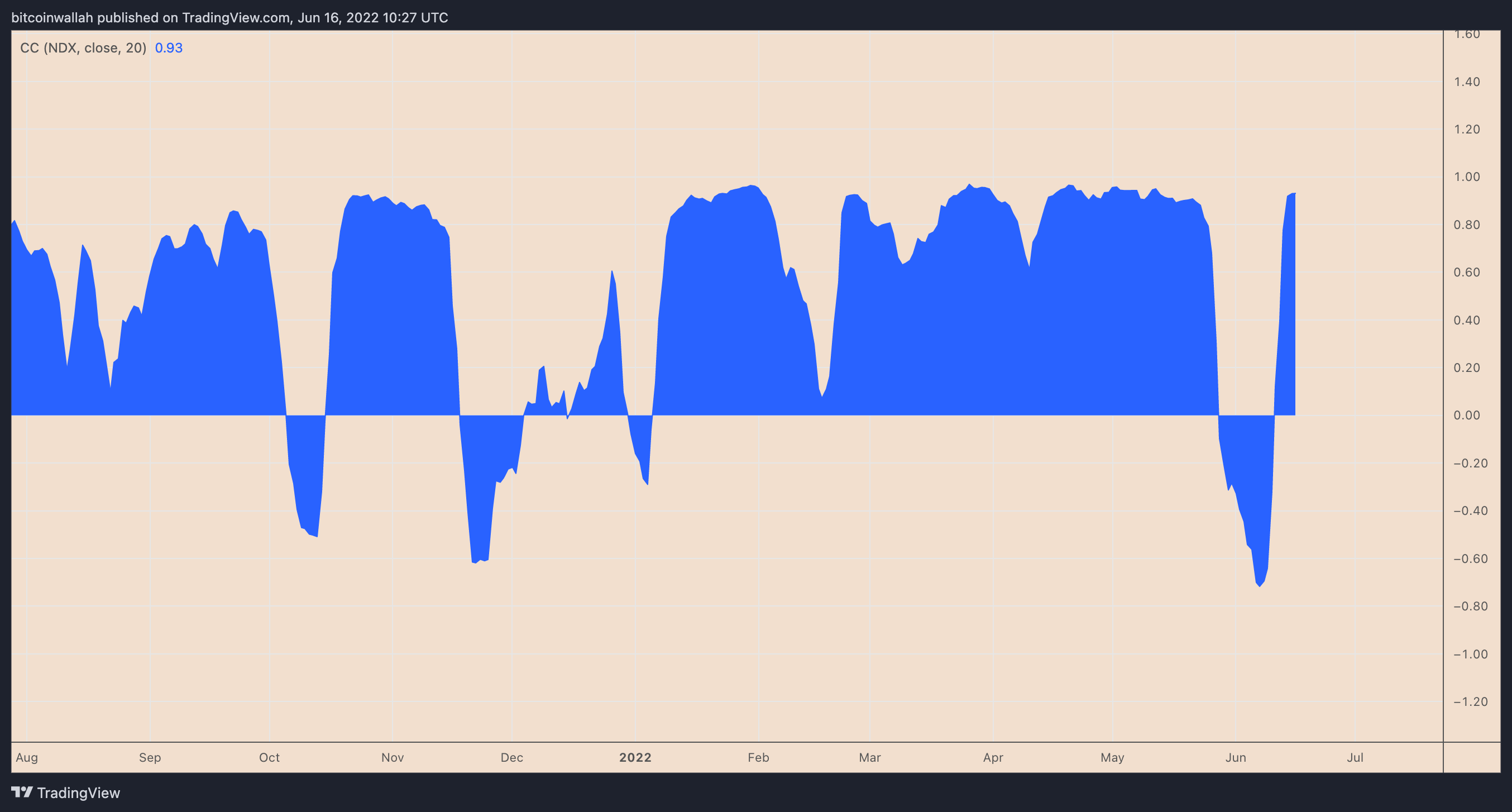 The decline means that Ether has shed 77% of its value since November 2021 and is now trading below its “realized price” of $1,740, data from Glassnode shows. 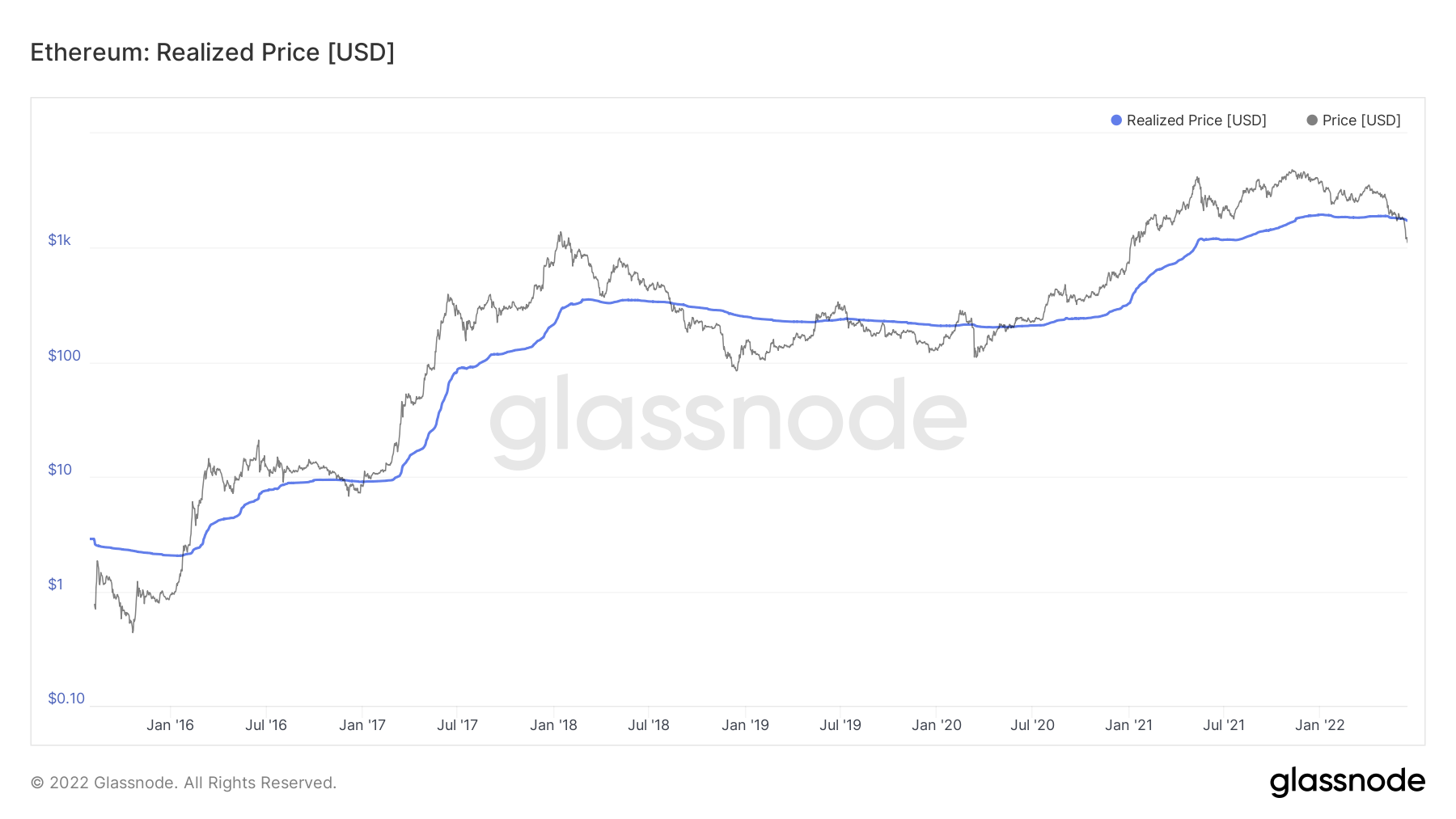 From a technical perspective, Ether’s recent gains look like a bear market rally, which could be due to investors covering their short trades.

In detail, investors close their short positions by buying the underlying asset back on the market—typically at a price lesser than the one at the time of borrowing—and returning them to the lender. That prompts the asset to rally between large downside moves, but it does not signify a bullish reversal.

Related: Bitcoin is the ‘Amazon of crypto’ and everything else are bets, says Blocktower founder

These minor rallies could be a bull trap for investors that mistakenly see the rebound as a sign of bottoming out.

On the other hand, experienced bears utilize the pump to open new short positions at the local price top, knowing that nothing has fundamentally changed about the market.

Bear pennants are bearish continuation patterns that form as the price consolidates inside a triangle-shaped structure after a strong downside move.

As a rule of technical analysis, traders measure a bear pennant’s profit target by subtracting the breakdow point from the height of the previous decline (called “flagpole”), as shown below.

Thi puts the next bear target for ETH price at $850, down almost 25% from today’s price.