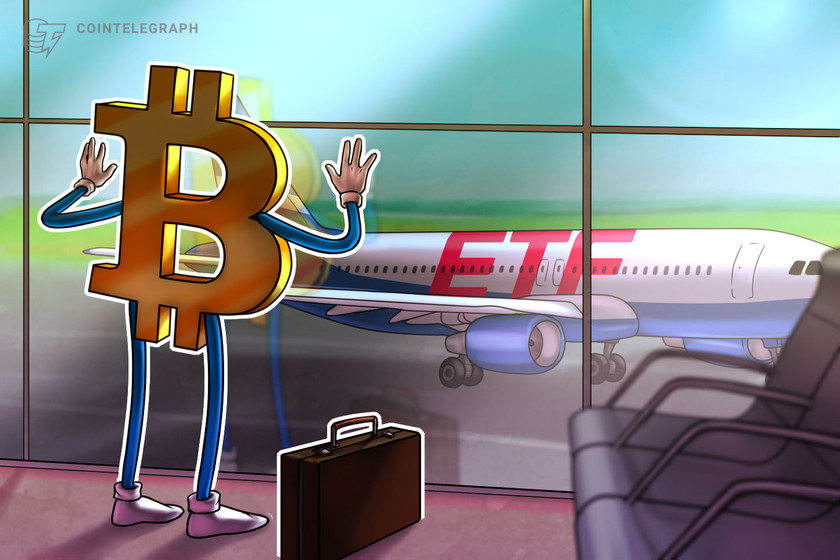 Things are looking up for the United States’ largest institutional Bitcoin (BTC) product by asset holdings as pressure mounts on regulators.

Data from on-chain monitoring resource Coinglass confirms that as of April 21, the Grayscale Bitcoin Trust (GBTC) is rebounding toward 2022 highs.

After a problematic year so far, GBTC has benefitted from steadying Bitcoin price action.

Bitcoin’s descent from November’s all-time highs added to an already negative “premium” on GBTC, meaning that its share price in fact traded at a discount to the Bitcoin spot price. That discount hit its deepest ever in January, when the GBTC premium nearly hit -30%.

The premium results from trading sentiment, and Grayscale has come under pressure over the past year, especially since the approval of the first Bitcoin futures-based exchange-traded funds (ETFs) in the U.S.

Grayscale CEO Michael Sonnenshein and other industry figures have been vocal critics of regulators in Washington, who while approving futures ETF products continue to reject a Bitcoin spot-based equivalent.

The Securities and Exchange Commission (SEC), which approves candidates based on laws dating from as far back as 1933, has come in for particular public scorn as other countries — most recently Australia — beat the U.S. to the launch.

Earlier this month, the SEC approved another futures-based ETF, this time based on the Securities Act of 1933 act rather than the Investment Company Act of 1940 previously used. This was a milestone, Sonnenshein told CNBC this month, as it effectively backs the SEC into a corner with fewer and fewer excuses for not breaking down the barriers to entry for a spot ETF alternative.

“It really is, in our opinion, a matter of ‘when’ and not ‘if,’” he explained to the network.

“If the SEC can’t look at two like issues, the futures ETF and the spot ETF, through the same lens, then it is, in fact, potentially grounds for an Administrative Procedure Act violation.”

Matt Hougan, CEO of ETF provider Bitwise, said in the same interview that a spot ETF “is what people actually want” in terms of institutional investment products linked to Bitcoin.

As Cointelegraph reported, futures ETFs have previously faced criticism of their own as commentators argue that they solve none of the pain points that a spot product would while potentially bringing new ones of their own.

Meanwhile, a survey by Nasdaq of prospective U.S. investors revealed at over 70% of those asked would consider gaining exposure to Bitcoin via a spot ETF should one be made available.

“The vast majority of advisors we surveyed either plan to begin allocating to crypto or increase their existing allocation to crypto,” Nasdaq’s head of digital asset index research, Jake Rapaport, commented in an accompanying press release issued April 11.

“As demand continues to surge, advisors will be looking for an institutional solution to the crypto question that now dominates client conversations.”

The survey also found that 86% of advisors already invested in crypto planned to increase that exposure in the coming year.