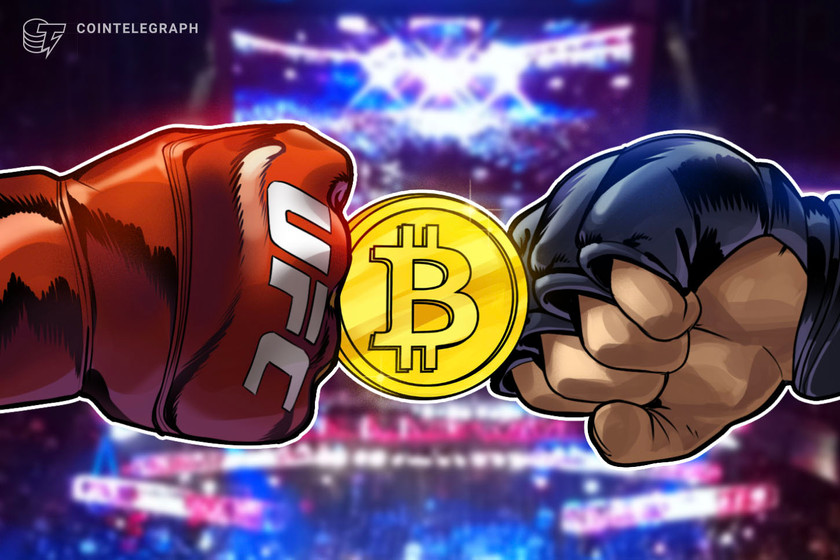 UFC heavyweight title holder Francis Ngannou has announced he will take half of his UFC 270 prize purse in Bitcoin (BTC) via Cash App.

The French-Cameroonian MMA fighter will take on the undefeated Ciryl Gane on Jan. 23 and is set to earn a guaranteed $750,000. In a tweet published on Jan. 18, Ngannou noted that:

“After doing a lot of research on Bitcoin, I really believe it is the future of money, man. Bitcoin is valuable, secure, and no one can mess with it.”

The event will take place inside the 18,000+ capacity Honda Center in Anaheim, California. In what is the first defense of Ngannou’s title reign, the fight is an intriguing heavyweight clash in which both fighters will enter the arena fresh off their best performance to date and the winner could very well be the new face of heavyweight for years to come.

Tickets are still up for grabs and the fight will be broadcast on ESPN + PPV in the US. Cash App is spending big on the fight, with another $300,000 giveaway for followers who post about the campaign on Twitter.

I believe bitcoin can empower people everywhere. So I’m excited to partner w/ @CashApp to take half my #UFC270 purse in bitcoin. I want to make bitcoin more accessible to my fans, so I’m giving out $300K in bitcoin! Follow @CashApp + drop your $cashtag w/ #PaidInBitcoin pic.twitter.com/8JEvJ1UYu1

The Cash App marketing campaign has witnessed eminent personalities give away Bitcoin to their social media followers. Earlier in December, Hollywood actress Gwyneth Paltrow announced that she was giving away $500,000 in BTC to her Twitter and Instagram followers via a Cash App partnership.

Ngannou is also not the first professional MMA fighter to receive earnings in Bitcoin. In a Dec. 17 interview, Kevin Lee said the Russia-based Eagle Fighting Championship will pay him in BTC.

Billions of people watch sports and crypto brands are leveraging the power of sports partnerships to target mainstream users.

In one of the biggest crypto sports partnerships in Australia, the Aussie Rules women’s division called the AFLW has just secured a $25 million deal with Crypto.com. Crypto.com also secured a $700 million deal in mid-November to rebrand the Staples Arena, Los Angeles to the Crypto.com Arena for 20 years.

The crypto company also signed hefty sponsorship deals with Formula 1 and UFC as well, in June and July respectively.

Tampa Bay Buccaneers quarterback Tom Brady took an equity stake in FTX Trading and will receive crypto as part of the endorsement deal. He is acting as an ambassador for the crypto exchange. FTX also has deals with Miami Heat and Major League Baseball.