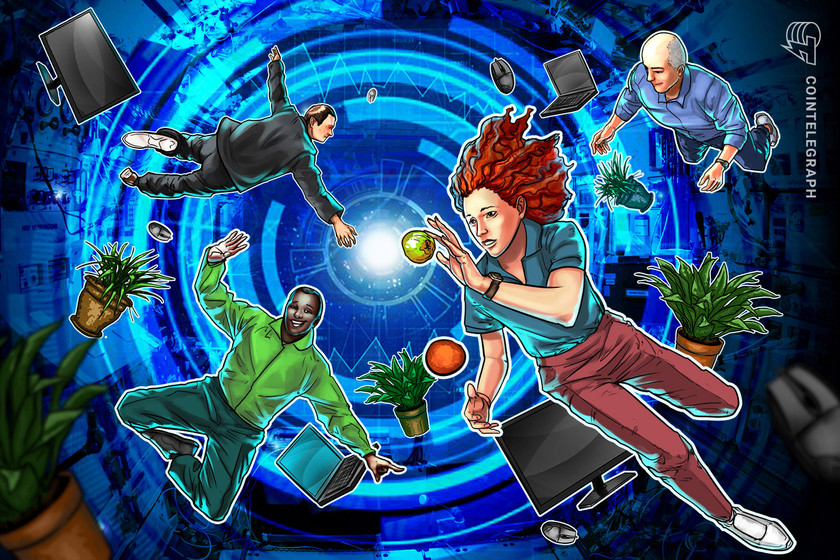 Crypto leaders are divided over whether Mark Zuckerberg should lead Facebook into the Metaverse, with Hodl Asset’s Jenny Ta saying he needs to resign if Meta is to succeed while Animoca’s Yat Siu says Zuck is the only one who can drive the company forward.

Ta is the Chief Operating Officer (COO) of nonfungible token (NFT) platform developer Hodl Assets, and said that Zuckerberg needs to head off lawsuits and protect the company’s image by relinquishing his role as CEO.

But the co-founder and Chairman of blockchain game and virtual property developer Animoca Brands, Yat Su said that Zuck is a “force of nature” who can make Meta’s vision a reality — but that he hopes he embraces a decentralized model.

The comments came in light of Facebook’s recent rebrand to Meta, in which the firm is aiming to provide a platform for creators to build virtual online businesses and launch its virtual reality hardware business named “Reality Labs” on the way to creating the Metaverse.

Ta told Cointelegraph that due to the regulatory scrutiny aimed at the CEO over Facebook’s data mining, privacy and content policies, it would be better if he stepped down to provide Meta with a clean slate. She went on to draw comparisons with Bill Gates and Microsoft in the early 2000s.

“Bill Gates, when he was still the CEO of Microsoft, he was a monopolist. So the government went after him hardcore. Lawsuits after lawsuits until one day he said ‘forget this. In order for me to save the company, I need to step down,’ And guess what? It worked.”

Ta suggested that figures such as Zuckerberg, Gates and Jeff Bezos never actually want to “let go of the throne” but will do so to “protect their wealth” and repair their firm’s image if required.

“Mark Zuckerberg’s wealth is Facebook, not the Metaverse. The Metaverse has proven to him nothing yet. […] In order for him to have a clean slate for Meta, he must step down and he must have a new CEO to run it.”

While Siu isn’t necessarily a fan of Facebook’s Metaverse play either, he thinks that Zuckerberg needs to remain at the helm. Siu described the CEO as a “force of nature” who is more focused on getting his projects across the line than receiving monetary compensation at this stage.

“This is the irony. I think that it needs Mark Zuckerberg actually for Meta to fulfill that vision because it is a founder-led organization, right? You know, say what you will about all the things that Mark may have inadvertently done. He is brilliant. He is one of the smartest people in the world. He’s going to drive the organization in a mission-led way.”

Where Siu sees an issue however, is whether the organization will be “able to go with him in the speed that he wants to and also spar with him appropriately.” Siu also thinks that Meta and Zuckerberg need to reconsider its current centralized business model if it wants to truly create an “open” and successful Metaverse:

Speaking more broadly, Ta likened the current state of the Metaverse to the initial adoption of text messaging when phone calls were standard. Ta used the example of her mother who at first didn’t see a point in using the tech, but five to 10 years later it was one of her main methods of communication:

“The five percent of the world who really knows what the Metaverse is are [like] the ones who were [first] using text messages 20 years ago.”

Siu thinks that “mass adoption” is coming soon, as the conversations about the space have shifted from a niche topic to something that is reaching a mainstream audience.

“We’re now going to have to be talking about how we go from tens of millions to hundreds of millions.”