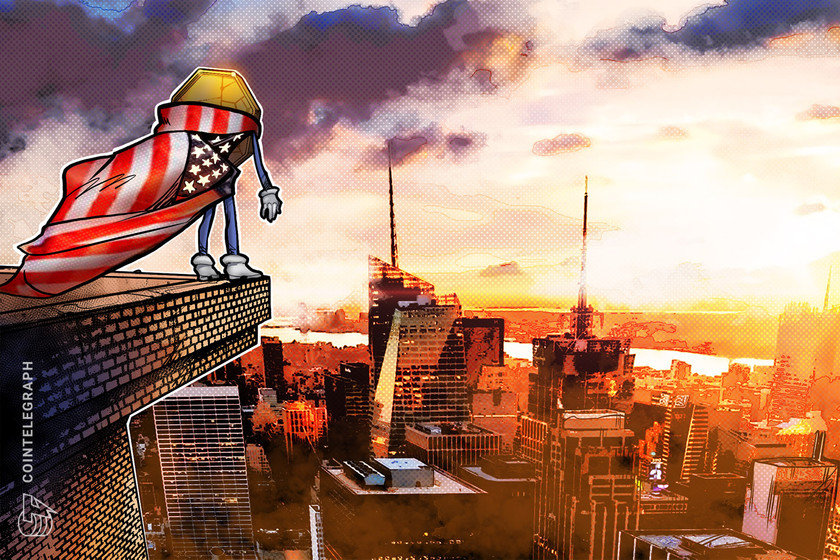 According to some estimates, as many as 20% of Americans were invested in cryptocurrencies as of August 2021. While the exact number can vary significantly from one poll to another, it is clear that cryptocurrencies are no longer just a niche passion project for tech enthusiasts or a tool for financial speculation. Rather, digital assets have become a widespread investment vehicle with the prospect of becoming mainstream.

Optimistic as that is, this level of mass adoption still does not enjoy a commensurate political representation, with senior United States politicians largely lagging behind the curve of crypto adoption. This makes the very narrow group of congresspeople who are also hodlers particularly interesting. As a lawmaker, does owning crypto, or at least having some crypto exposure, mean that you also vocally support the digital asset industry?

According to “Bitcoin Politicians” — a crowdsourced data project aimed at tracking U.S. political figures’ crypto holdings using public financial disclosures — there are currently seven known crypto investors across both chambers of Congress. Here’s a closer look at the way their personal financial strategies are reflected, if at all, in their public political stances.

Michael McCaul, a 59-year-old Republican representative from Texas, holds the position of ranking member of the House Foreign Affairs Committee. He was also the fifth-wealthiest member of Congress in 2018. McCaul is known for his hawkish foreign affairs positions — vocally opposing the U.S. withdrawal from the Yemeni Civil War and supporting President Joe Biden’s airstrikes on Iranian-backed targets in Syria.

In 2016, McCaul co-sponsored a bipartisan bill proposing a commission to study the debate over the use of encryption, including its potential economic effects. In recent years, the Texas lawmaker hasn’t been seen making any public crypto-related statements.

A newcomer to the House of Representatives, Barry Moore is a staunch Republican from Alabama. In January 2021, he objected to the certification of the results of the presidential election and even got his Twitter account temporarily suspended for posts that echoed the claims of a “stolen election.”

57-year-old Marie Newman, another new addition to the House of Representatives, is a Democrat from Illinois who is aligned with the progressive wing of the party. She is a proponent of abortion rights, gun control, a $15 minimum wage and the Green New Deal.

Newman holds Coinbase shares as of December 2021, having purchased between $30,000 and $100,000 worth. She also registered the acquisition of more than $15,000 in Grayscale Bitcoin Trust shares. Newman hasn’t made any public statements about the crypto-related assets, but she is a member of the Congressional Blockchain Caucus, a bipartisan group working to promote a more relaxed regulatory approach to crypto that would allow the technology to flourish.

A retired dentist with almost three decades of experience as a New Jersey legislator, Van Drew was elected to the House in 2018 as a Democrat but changed his colors in 2020, becoming a Republican. This comes as no surprise, as Van Drew was one of just two members of the Democratic party to vote against former President Donald Trump’s impeachment inquiry in December 2019. Still, he voted in line with Democrats 89.7% of the time during his tenure in the party.

In a 2020 disclosure, Van Drew accounted for up to $250,000 in an investment trust operated by Grayscale, one of the larger digital-asset management firms on the market. At the time, the representative’s office declined to give the press any details about the exact nature of the investment, and Van Drew himself has remained silent with regard to digital asset-related policy issues.

Yet another recent House electee, Michael Waltz — a retired army colonel and former Pentagon adviser — is the first ever Green Beret to serve in Congress. A Republican from Florida, Waltz maintains a warrior ethos with a pinch of Florida spice, having called for a full U.S. boycott of the 2022 Winter Olympics over the Chinese Communist Party’s treatment of the nation’s Uyghur population. Waltz also voted against President Biden’s $1.9-trillion economic stimulus bill and opposed the establishment of a commission to investigate the Jan. 6, 2021 attack on the U.S. Capitol.

According to disclosures, Waltz bought up to $100,000 in Bitcoin (BTC) in June 2021, which makes him one of the few lawmakers to publicly own the original cryptocurrency, specifically. Nevertheless, on social media, the representative prefers to speak on foreign policy issues, and when he was asked about his crypto investment, he compared Bitcoin to gold in terms of serving as an inflation hedge. Waltz is also a member of the Congressional Blockchain Caucus.

In the case of Cynthia Lummis, a Republican senator representing Wyoming, her fame as a major crypto proponent probably comes before her credentials as a digital asset investor. A hardline Republican, Lummis was at one point the only female member of the conservative Freedom Caucus.

In her January 2021 disclosure, Lummis — a member of the Senate Banking, Housing and Urban Affairs Committee — registered the purchase of between $50,000 and $100,000 in Bitcoin. The Senator revealed that her overall holdings amounted to some 5 BTC.

Lummis certainly puts her mouth where her money is. For one, she famously compared the U.S. to Venezuela in terms of inflation, and she has stated she wants to launch a financial innovation caucus that would aim to “educate members of the U.S. Senate and their staffs about Bitcoin, its advantages, and why it is just such a fabulous asset to dovetail with the U.S. dollar.”

Around Christmas 2021, Lummis revealed she was drafting a comprehensive bill that she plans to introduce sometime in 2022. In a tweet, Lummis asked voters to contact their senators to support the bill, stating that she was seeking bipartisan cosponsors.

Republican Senator Pat Toomey of Pennsylvania can be called the arch enemy of government spending (with a peculiar exception for charter school funding), having once proposed a budget plan with a $2.2 trillion tax cut. He also happens to be a strong supporter of banking deregulation.

During the past year, Toomey emerged as one of the main public supporters of crypto in Washington. He criticized Senator Sherrod Brown’s plan to give up crypto regulation to executive agencies and urged Treasury Secretary Janet Yellen to clarify the language in the infrastructure bill around the tax reporting requirements for crypto. In December 2021, Toomey came up with his own set of regulatory principles, released ahead of a congressional hearing on stablecoins. In June 2021, he bought between $2,000 and $30,000 in shares of Grayscale’s Bitcoin and Ethereum trusts.

The list of publicly crypto-friendly lawmakers grew significantly last year, and although not every hodler on the Hill dared to reinforce their investment with symmetric political statements, it is an important trend for the industry. As Chris Kline, co-founder and chief operating officer of cryptocurrency retirement investment provider Bitcoin IRA, told Cointelegraph:

As more representatives invest in cryptocurrencies, I think lawmakers will begin to understand digital assets on a deeper level, leading to a more informed and detailed crypto policy that will benefit investors on every level.

Eric Bleeker, analyst and general manager at finance and investing advice company The Motley Fool, also stressed the importance of the knowledge-enhancement side of lawmakers’ crypto exposure:

You definitely have to view those investments as beneficial for the industry. Did Visa receive worse legislation after Nancy Pelosi invested in its IPO? At the end of the day, crypto can be seen as a ‘threat’ by governments — we’ve already seen it outlawed in China. Having legislators own it adds to knowledge of the industry.

Kline also believes that the growing number of politicians invested in crypto will inevitably convert to active support, both verbal and legislative. With new concepts like the Metaverse, nonfungible tokens (NFTs) and digital banking steadily conquering the attention of society, there is no reason for society’s representatives to not follow these trends.

In Kline’s opinion, this will require legislators’ understanding of the deep complexities and nuances of cryptocurrencies and blockchain: “I see 2022 as the year legislators consider the potential of digital assets and another step in their widespread adoption.”

Bleeker expects more U.S. legislators to get into the crypto game in 2022 for a simple reason: “Right now, they’re tremendously underinvested.” Bleeker noted that as of 2018, the median net worth of congresspeople was $1 million, with 10 senators having a net worth of over $30 million. It’s true that some legislators may avoid crypto for political reasons, but just by looking at the numbers, more crypto ownership from lawmakers can be expected from a pure portfolio diversification standpoint.

The hope is that more investment in crypto by lawmakers will come with better understanding of this asset class and more political support.