Creator of the Bored Ape Yacht Club, Yuga Labs, is ready to take things up a notch. The company has officially announced the launch of its native governance token, ApeCoin. It will be used for BAYC’s expansion in Web3 and gaming.

ApeCoin is owned and operated by the ApeCoin DAO, with 62% of the 1 billion supply allocated to the ApeCoin community and 15% of the total supply available for claiming to BAYC NFT holders. Interested parties will also be able to purchase ApeCoin on major crypto exchanges.

In addition to the launch of ApeCoin, a leaked deck revealed plans of an upcoming exclusive land offering. According to the deck, Yuga Labs will look to further expand its vast empire by building out a bespoke metaverse, while also allowing interested parties a chance to join the fold by selling 200k individual parcels of land. Through this initiative, they plan to raise a further $356 million in sales in order to help fund the project. 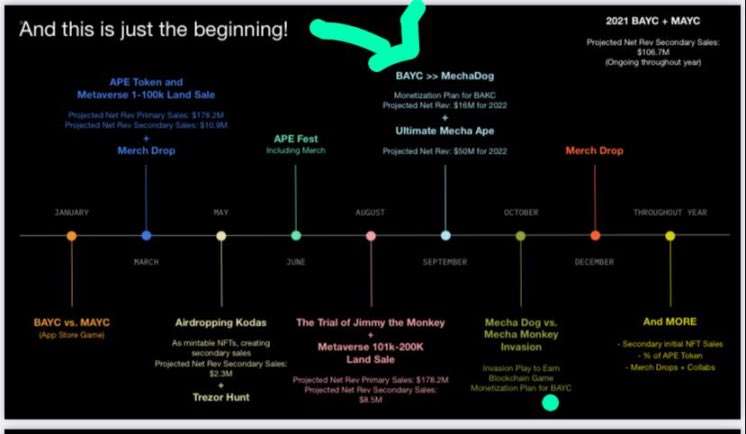 However, the co-founders of BAYC denied the roadmap outlined in the leaked deck, saying that it they had never seen it before and it is outdated. Below is a direct response from the team on Discord, addressing the leaked deck. 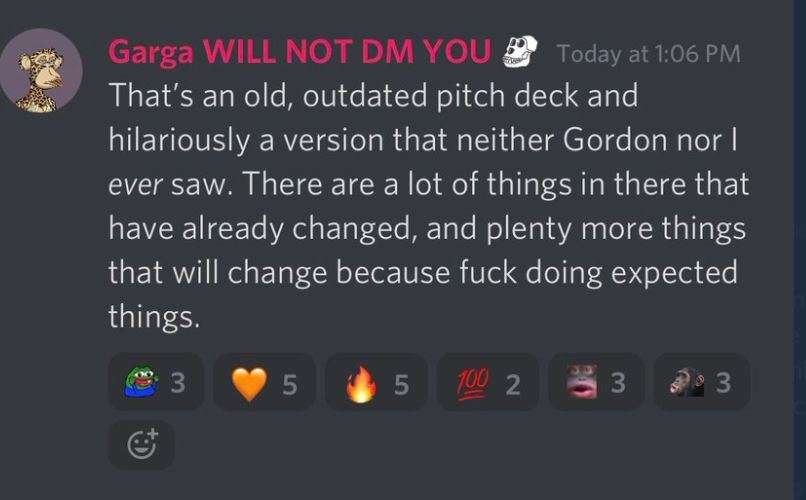 The deck also reveals plans to build out the MetaRPG universe with the aid of Animoca Brands. A game-focused world where users can generate avatars from NFTs they own, or alternatively, build one from scratch. Then frolic wildly through the digitalized pastures partaking in a bevvy of interactive activities.

We may not know what’s true or not, but we what we know for certain is that big things are in store for the NFT space!

*All investment/financial opinions expressed by NFT Plazas are from the personal research and experience of our site moderators and are intended as educational material only. Individuals are required to fully research any product prior to making any kind of investment.